Love Is a Rock In a Weary World

It was a century ago, in 1915, that a bright, young black student was denied entrance to the all-white seminary at Oberlin. The denial letter simply stated he didn’t have the proper credits. So this young man traveled to Oberlin to talk with the head of admissions. When the Head of Admissions re-stated the reason, the young man said, “Do you want students with credits or students with brains?” The head of admissions took down a book from his shelf written in German and handed it to the student to read. He did and was sent to the dean, the imminent Dean Bosworth. After a second similar repartee, he was handed a book in Greek. This student knew Greek even better than German, and this young man was offered provisional admission. Upon graduation, he was selected to give the student oration and it wouldn’t be long before he was the first African American to have a sermon included in The Best Sermons of the Year. His name was Vernon Johns. 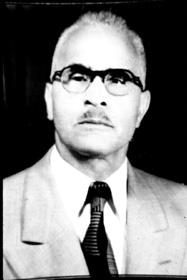 The life work of Rev. Vernon Johns was to seek a more just society by resisting the forces that prevent so many people of color from living fully engaged lives. He called for change when few people could imagine it. He served in Lynchburg Virginia and then Montgomery Alabama. There in Alabama, he would post the title of his sermons. It was 1940, and one sermon title read, “Is it OK to Lynch Negroes in Alabama?” Another sermon title was, “Is Heaven Segregated?”

Rev. Johns made a lot of people uncomfortable. Every week, his sermon included a statement how God did not intend for people to live in segregation.  The local police would often drive around the church wondering what new edgy things he would say. On one occasion, the police brought Rev. Johns to the police station and demanded what he’d be saying in the upcoming sermon. He responded, “Come to church and I’ll tell you, first after taking an offering.”

Some people Rev. Johns made uncomfortable weren’t only outside the church. His own deacons after several years proclaimed to their pastor: “You’re too controversial.” And they let him go. As they looked for his replacement, they sought a minister who would be scholarly, reverent, not very controversial, someone they could control. They found a young minister who had just completed his PhD and grew up a preacher’s kid. His name was Martin Luther King, Jr.

My friends, if it weren’t for people like Vernon Johns, we wouldn’t be celebrating this weekend the life and legacy of Dr. King. Today we honor not only his life and legacy, but the dedication and witness of all those, past and present, who strive for justice. We all have benefitted from those who have sought truth and justice throughout the centuries. And we, if we so choose, pave the way for others. But we ultimately don’t do so alone.

This month, the congregation I serve is exploring the theme of resistance, what does it mean to take a path of resistance? It is high time for us to reflect on nonviolent resistance, the philosophy and practice of Martin Luther King. As a theologian, Dr. King reflected often on his pilgrimage to nonviolence. Nonviolent resistance, he concluded, is a courageous confrontation of evil by the power of love. His approach calls for nonviolent resisters to assert themselves and their demands without violence or intimidation but instead by leading with one’s vulnerability and seeking to win the friendship or at least the respect and understanding of one’s opponent. 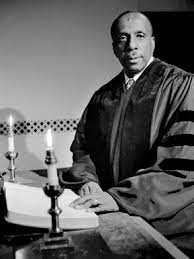 Howard Thurman was another great African American preacher who influenced Martin Luther King. Thurman was King’s mentor at Boston University. And throughout his ministry, whenever he left home, King took a copy of Thurman’s beautiful little book, Jesus and the Disinherited. In this work, Thurman identified the hounds of hell as fear, hatred and deception, and love is the only thing transforms the hounds of hell and provides the keys to human dignity. And so Dr King called for nonviolent resistance to be focused against structures and patterns of injustice, never against people. For if one allows hatred to grow towards a fellow human being, one descends into violence of the spirit. And violence of any kind can never lead to reconciliation. And so nonviolent resistance requires a deep faith in the future stemming from a conviction that the universe is on the side of justice.”

Dr. King, as did Rev. Johns, also held close the essay by Frederick Douglas published in 1857 entitled “If There Is No Struggle, There Is No Progress.” Both of them quoted a passage: “Power concedes nothing without a demand. It never did and it never will. Find out what people will quietly submit to and you have found out the exact measure of injustice and wrong which will be imposed upon them, and these will continue till they are resisted with either words or blows. The limits of tyrants are prescribed by the endurance of those whom they oppress.”

This year marks the 50th anniversary of the Chicago Freedom Movement. During the campaign Martin Luther King, Jr., chose to live on the westside, in North Lawndale, to bring attention to an especially poor part of the city and how black people suffered under unfair housing laws not only on the southside. I’ll have plenty to share about this in time, but for today my point is that King paved the way for us to engage in nonviolent resistance--and nonviolent resistance is as relevant and needed today as ever.

Too often nonviolent resistance gets misunderstood. Somehow we have equated an open society to prioritizing toleration above all else, but toleration was not in Dr. King’s vocabulary. If he were alive today I suspect he’d ask:
What happens when you tolerate the intolerant? Let hate speech pollute the airways. Let corporations buy up your courts and state and federal legislative bodies. Let the Christian religion discredit science and be manipulated by charlatans to demonize Muslims, gays and intellectuals. Let unions wither under corporate assault. Let social services and public education be stripped of funding. Let Wall Street loot the national treasury with impunity. Let sleazy con artists use lies and deception to carry out unethical sting operations on tottering liberal institutions, and you roll out the welcome mat for fascism.
Chris Hedges penned these words four years ago and they seem all the more relevant today.

Love and truth are calling us to resist, to resist the fear, the hatred, and the deception that so easily breeds in the human heart and manifests in our wider culture. Resistance is an act of deep caring. Resistance is a call for compassion. And compassion is, as Jesus knew and Martin Luther King knew, ultimately a political act. My friends, to say that the church should stay away from political engagement is to say we should ignore how fear, hatred, and deception has taken hold in our world.

Over the last six months, I’ve become close with Rev. Marshall Hatch who has served for over 20 years in North Lawndale at New Mount Pilgrim Missionary Baptist Church. Three weeks ago, Pastor Hatch, stopped by the home where he had heard violence had taken two lives that morning. He was shocked to discover there a member of his congregation, sobbing, who said, “Pastor, the police, they killed my mother.” That’s when my colleague learned that Antonio Legrier’s father had called the police because his son had a mental health episode and was wielding a baseball bat and Bettie Jones was also killed. The physical evidence didn’t match with the story put out by police. That week, Pastor Hatch delivered two eulogies for two bereft families.

This past Friday, when Pastor Hatch was on his way to a gathering that I attended, he shared that he stopped where a police car was blocking the road. There a white man approached and asked him to roll down his window. The man said, “I recognize you from WTTW. We need voices like yours. I knew Bettie Jones.” Tears began forming in his eyes as he said, “I also know the officer who shot her and Antonio. Officer Rialmo. He’s just a kid who made a terrible, terrible mistake. We need voices like yours calling for police reform and reminding us we are all in relationship. We need voices like yours.”

We need Pastor Hatch’s voice, indeed, and not just Pastor Hatch’s voice. All of us
“have a voice” as W.H. Auden wrote
“To undo the folded lie, ... the lie of Authority
Whose buildings grope the sky
There is no such thing as the State
And no one exists alone;
Hunger allows no choice To the citizen or the police;
We must love one another or die.

If you live in the Chicago area, I invite you to join me this Monday on January 25 at 7:30pm for an evening with Pastor Marshall Hatch, Pastor Ira Acree, and Pastor Cy Fields. They will explore what it means for all of us who live in Chicagoland’s western corridor to understand that we are all together “westsiders.” We shall gather at Pilgrim United Church of Christ, 460 Lake St. (The Oak Park Farmer’s Market gathers in their parking lot.)

I’m grateful for other religious leaders and communities who like us hold faith in our capacity to connect and organize for meaningful change.

“Let me give you a word of the philosophy of reforms,” Frederick Douglass said in 1857. “The whole history of the progress of human history shows that all concessions yet made to her august claims have been born of struggle. ... If there is no struggle there is no progress. Those who profess to favor freedom and yet deprecate agitation are men who want crops without plowing up the ground. They want rain without thunder and lightening. They want the ocean without the awful roar of its many waters. If there is no struggle, there is no progress. Power concedes nothing without a demand. It never did and it never will. ...”

But our resistance must be grounded in love.

It matters who we are in relationship with.

It is time to participate in nonviolent resistance.