A Call to Humanity 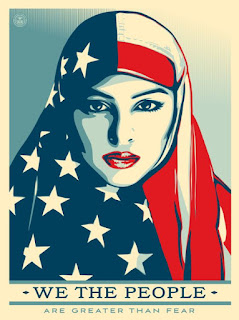 Your silence will not protect you. If you didn't hear my sermon on Sunday, please listen here.

On Sunday, at my congregation, one member shared her experience attending the Washington DC Women's March. Two Rohingya women refugees spoke along with a member of our Refugee Resettlement team. And then I gave this sermon addressing the current national crisis of leadership drawing from the wisdom of Audre Lorde and calling us to live into James Luther Adams' vision of the prophetic liberal church.

I think the sermon is better heard than read, but for those of you who prefer to read, the text is below.

May we cultivate a wide and expansive Community of Prophecy.

A self-described “black lesbian mother warrior poet” shaped my development as a minister. I was in seminary when a fellow student shared with me the poetry and essays of Audre Lorde. In her writing I discovered a human being with radical self-determination that led her to face profound pain and despair and move powerfully from within and to speak up making her voice heard.

Audre Lorde wrote prophetically: “Your silence will not protect you.”

She wrote, “It is not our differences that divide us. It is our inability to recognize, accept, and celebrate those differences.”

She wrote: “If I didn't define myself for myself, I would be crunched into other people's fantasies for me and eaten alive.”

She wrote: “When I dare to be powerful, to use my strength in the service of my vision, then it becomes less and less important whether I am afraid.”

And she asks, “What are the words you do not yet have? What are the tyrannies you swallow day by day and attempt to make your own, until you will sicken and die of them, still in silence? We have been socialized to respect fear more than our own need for language."

This month, here at Unity Temple, we have been exploring what it means to be a community of prophecy. As we’ve noted, prophecy doesn’t mean predicting the future as much as seeing what needs to be seen and naming what needs to be named, even though it can bring great pain to see and name what is really going on.

The Jewish prophets of old read the signs of their times and spoke clearly about what they learned, but as they spoke truth to power they often risked their own lives. As they compared the realities of their time with sacred teachings about justice, many tried to flee or deny their assignments yet most responded to a loyalty to something larger than their individual lives, larger than the systems of injustice, larger than their fears.

The role of the prophet today is also no easy task. For we have been socialized to respect fear more than our own need for courageous language.

There have always been a number of people who agree to an ample amount of risk-taking in the name truth, justice, drawing the curtain back on transgressions of power, oppression, knowing that one’s perishing or jailing could be the ultimate end. We must grapple with to what degree will we be claimed by our fears or by our loyalty to greater than each of us. What are we willing to sacrifice for our own convictions? How shall we create a community that supports those drawn to the front lines?

A member here asked me, “How do you reconcile prophecy in a post-truth world?” When society turns entirely postmodern, truth becomes entirely relative and situated, and the claim to have legitimacy gets completely shattered. How do we pursue truth and justice, when these terms become irrelevant and meaningless to those with economic and political power?

The president of the United States of America spent his first week in office obsessed with convincing people that his inauguration was the most highly attended in history. His spokeswoman defended his sharing of what she called “Alternative facts.” Over the last several months facts have become shadowy politicized relative suggestions. Over the last week, President Trump claimed that he lost the popular vote because of people voting illegally and signed executive orders that will needlessly tear apart families, increase the suffering of refugees, profile and vastly discriminate against Muslims, ignore the signs of climate change, and prevent many women and poor Americans from getting adequate health care.

During the election, I spoke out against the rhetoric of hate and fear that filled Donald Trump’s presidential campaign. When he was elected, I quietly hoped he would move to a more unifying stance. I told myself, “Don’t be premature in getting upset. Judge the man on his actions when he becomes president.” My friends, our faith tradition holds sacred seven principles--they are written each week on the back of your order of service. This morning I feel compelled to urge you to consider whether our very core values and convictions are under attack.

Have we reached a post-fact, post-enlightenment world? I’m here to tell you: No, we are not in a post-fact world but we are living in an era where the post-fact constituency is in power, and this has tremendous repercussions. With faith in the doctrine of Manifest Destiny and a dark view of both the rest of the world that justifies literally getting rid of people who are in the way of their understanding of progress, the current administration threatens the very democratic institutions on which this country was founded. The question at this moment is to what extent will the rest of the country let the current leaders achieve their vision. It is critical to remember: our silences will not protect us or anyone else.

Last weekend, I was at home with a sick child while my wife took the Green Line downtown to join the Chicago women’s protest. That evening, Angie and I looked for television news at 9pm but WGN was showing a basketball game. The only channel with news was FOX. So we turned on Fox news and there on the screen were members  of our congregation Karen Sullivan and Tina Lewis and their daughters speaking to why they traveled to Washington DC for the women’s march. But what was especially noteworthy was that during the clip of President Trump announcing his inauguration was better attended than Obama’s, Fox News put up photographs of the Washington mall, both taken at 11am of Obama’s first inaugural and Trump’s eight years later. The photos spoke a million words.

Last night, several members of this congregation joined the protest rally at the international terminal at O’Hare. I was buoyed by images sent to me. One of our fifth graders that was at the airport last night is today wearing a t-shirt that says “We the People are greater than fear.” That is what America at its best is about. At a time so many Syrians seek asylum, It is ludicrous our government would completely turn its back. You can’t look honestly at Syria without thinking of climate change and the drought that brought on the civil war in that country. And now with millions of Syrians seeking refuge, human beings no different than you and me are facing famine, exploitation, and devastation.

As our Unitarian Universalist principles are so blatantly violated, if we don’t take a strong stand then we’re not putting our values into action. We as Unitarian Universalists, at our best, resist retreating to a reactionary stance where we view the world as us vs them. But it is hard not doing so, especially when hoards of post-truthers respond to individuals who take issue with the president. We have entered a very scary time.

During the campaign when Trump had only 5 million Twitter followers, 18 year old Lauren Batchelder addressed Trump at a campaign rally, saying, “I might be wrong, but it seems to me that you are no friend to women” and then after hearing Trump’s response, she took the microphone and said, “I want to get paid the same as a man, and I think you understand that, so if you become president, will a woman make the same as a man, and do I get to choose what to do with my body?” That night Trump tweeted his outrage that this 18 year old challenged him. And Lauren Batchelder received over 10,000 messages on her voicemail, her Facebook page, and other social media, calling her the most vulgar names, many of the messages threatening her safety.

I can’t but wonder what rage will be poured on Judge Ann Donnelly who last night issued a temporary stay of President Trump’s executive order to prevent even green card carrying residents of this country from entering if they happen to be Muslim or from certain countries. This kind of bullying must be highlighted for what it is: mean, cowardly, truly uncivil, and unpatriotic.

This new cultural reality and facade of an administration relies on a reality tv paradigm and the technology to funnel rage and loathing against those they disagree with. There’s probably never been a veracity crisis as great as we’re facing now. If there is ever a call for prophetic community, it is now.

Let me close with a passage from Audre Lorde, the black lesbian mother warrior poet whose words I find both a balm and a prophetic call for the prophethood of all believers:

I began to ask each time: "What's the worst that could happen to me if I tell this truth?" Unlike women in other countries, our breaking silence is unlikely to have us jailed, "disappeared" or run off the road at night. Our speaking out will irritate some people, get us called bitchy or hypersensitive and disrupt some dinner parties. And then our speaking out will permit other women to speak, until laws are changed and lives are saved and the world is altered forever.

Next time, ask: What's the worst that will happen? Then push yourself a little further than you dare. Once you start to speak, people will yell at you. They will interrupt you, put you down and suggest it's personal. And the world won't end.

And the speaking will get easier and easier. And you will find you have fallen in love with your own vision, which you may never have realized you had. And you will lose some friends and lovers, and realize you don't miss them. And new ones will find you and cherish you. And you will still flirt and paint your nails, dress up and party, because, as I think Emma Goldman said, "If I can't dance, I don't want to be part of your revolution." And at last you'll know with surpassing certainty that only one thing is more frightening than speaking your truth. And that is not speaking.

My friends, our silences will not save us. There is only one thing more frightening than speaking your truth. And that is not speaking. May we individually and collectively live into the call of being a community of prophecy.

Blessed be. Amen.
Posted by Alan Taylor at 8:13 AM